Hello everyone,
looks like the weather is going be on the improve for Saturday with a dying Southerly and good thermals and Sunday looks nice day too.
Duty Rosters;
Tow pilot Saturday Peter Chadwick, Sunday Colin Winterburn, Tuesday John McCallister.
Instructor Saturday Kevin, Sunday Warwick, Tuesday Jenny.
Last weekend produced some great soaring.
Saturday was a little difficult to get away, so long tows were the norm to 5500ft. John McCaw landed at Brooksdale after a lot of stratching Terry and Dave Tillman flew ZF up to Lake Station while Jono and his passenger headed down to the MacKenzie with thermals reaching 12000ft. Peter Chadwick , Jerry , Graham Erickson and Grant had great flights too.
Paul did the instructing duties taking a trial flight, Brent Schroeder (2), Simon Beech (2) and a check for Rob Kerr. Edwin took took two nice ladies for their first flights.
Tim Hughes did 2 flights in OO. Thanks to Karl for being Duty pilot , Paul for a busy day instructing and to John Goddard for towing in the heat.
Sunday was a duller day without the cloud breaking.
Jenny and Sandy completed 3 flights in OR followed by Simon Beech having 2 with Jenny and Jake Bevan one too.
Thanks to Jenny and to Graham Johnson for towing and too Alan Walls for being the duty pilot.
There was flying on Tuesday thanks to Paul and Graham. Martin Brill had a couple of flights with Paul, Jono made the most of his day off in PB and also Grant had nice day in TC.
Photos: JK at Brooksdale (Thanks to Kerry and Richard Black for rescuing me)
Jono (PB) and Terry (ZF) after their epic flights.
Paul and Simon Beech circuit bashing 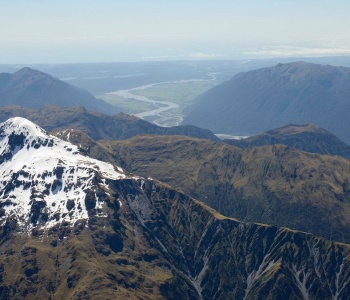 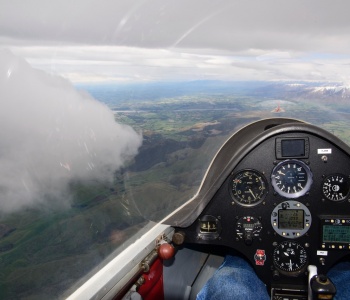